HUD's CPD Maps is a tool used in Consolidated Planning to assist City staff in collecting and analyzing large amounts of data to determine priority needs and current market conditions. HUD offers a detailed Desk Guide on how to utilize the system for best results.

The system has a Data Toolkit function that allows the user to identify a specific area for data retrieval, including Economic Development and Housing Toolkits in MS Excel format. The Economic Development Toolkit contains general indicators, issue identification and characterization on demographics such as unemployment, population, household income, age and education levels. The Housing Toolkit contains issue identification and characterization on various housing issues, poverty rates, renter and owner rates and values, etc.

Examples of both the Economic Development and Housing Toolkits were downloaded in February 2016 for census tract 3.01. The map below was downloaded from CPD Maps in March 2015 and illustrates concentrations of low income households in Billings, Montana. A larger version of the map. 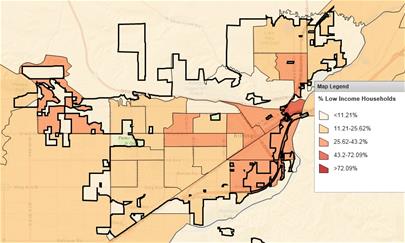 This HUD mapping site allows the user to draw an area on a map to garner census block group data on a specific neighborhood, including: the number of housing units; vacancy rate; and poverty level. The system requires the user to create a login, as data on specified neighborhoods is later emailed to the user. While the tool was originally designed to assist applicants in preparing grant applications for HUD's Choice Neighborhoods Program, the tool is significantly useful on the local level. 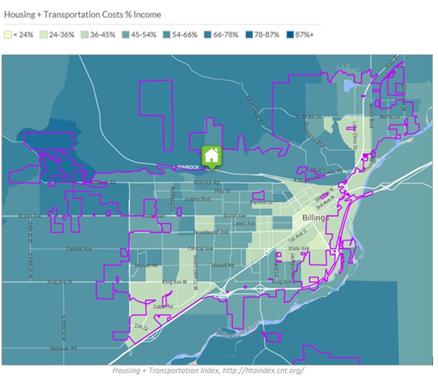